[WBB] Comments that don't warrant their own thread

Staff member
#61
I love watching Jonquel Jones go to work on the glass; I'd like to imagine, if the WNBA had existed in 1994, that's what a young Yo would have looked like.

Staff member
#63
Good for Notre Dame: coming into tonight, the last seven times UConn actually lost in the tournament, the team that beat them was 2-5 in their next game. Nice to see them close the deal.

I have nothing but contempt for Don Geno and his Huskies but, all things being equal, it's probably best for women's college basketball for UConn to get to the Final Four every year, and lose.

Staff member
#69
Lindsay Whelan is currently holding a press conference on NBA TV, officially announcing that she will (as expected) be retiring at the end of the 2018 WNBA season.

Staff member
#70
Last night, Courtney Vandersloot broke Ticha Penicheiro's record for most assists in a single season, with two games remaining in the regular season. And, the record is legit because, although Ticha set the record in a 32-game season, Vandersloot missed the first four games of the season, and broke the record in only 28 games.

Ward (paraphrased): [Connecticut Sun] have never won a WNBA championship... They've been to the Finals twice, and lost both times, including once to your Sacramento Kings...

Kara (under her breath): Monarchs.

Tell her, Kara! PUT SOME RESPECK ON Y'ALL'S NAME!

Staff member
#72
Watching the Mystics-Storm is a lot of fun. Kind of surprised, though. I would have thought their arena would be full for the WNBA finals. I could be mistaken but it looks like the upper half of Key Arena is closed off. I'd like to see Sue Bird win one more.

From the recent ESPNW Summit... I wonder how often Sarah Spain is posing for a picture with four women, where she's only the third-tallest one?

#83
Search engines tell me that the name Ionescu has never appeared on this site, so I'm just gonna say, Go Ducks!

Staff member
#84
There are only two living coaches, not named Geno Auriemma, who have won multiple Division I Women's National Championships in the 21st century.

On Sunday, they'll each be coaching against the other, for a chance at their third. It will be the first time since 2012 that both of the head coaches in the Women's National Championship game are women; interestingly enough, that matchup also involved both these same coaches.
Last edited: Apr 5, 2019

Staff member
#85
Yo, the injury to Lauren Cox turned this whole game around; from seventeen points to tied, with five minutes to go.

Staff member
#86
I tell you what: she hasn't been hitting down the stretch, but I wouldn't want to be the team that doesn't have Arike Ogunbawale, with the game on the line.

Cheers to Laimbeer for doing his part to make All-Star weekend a first-class experience for the All-Stars. And jeers to the NBA and the WNBA for doing their part to try and stop him. 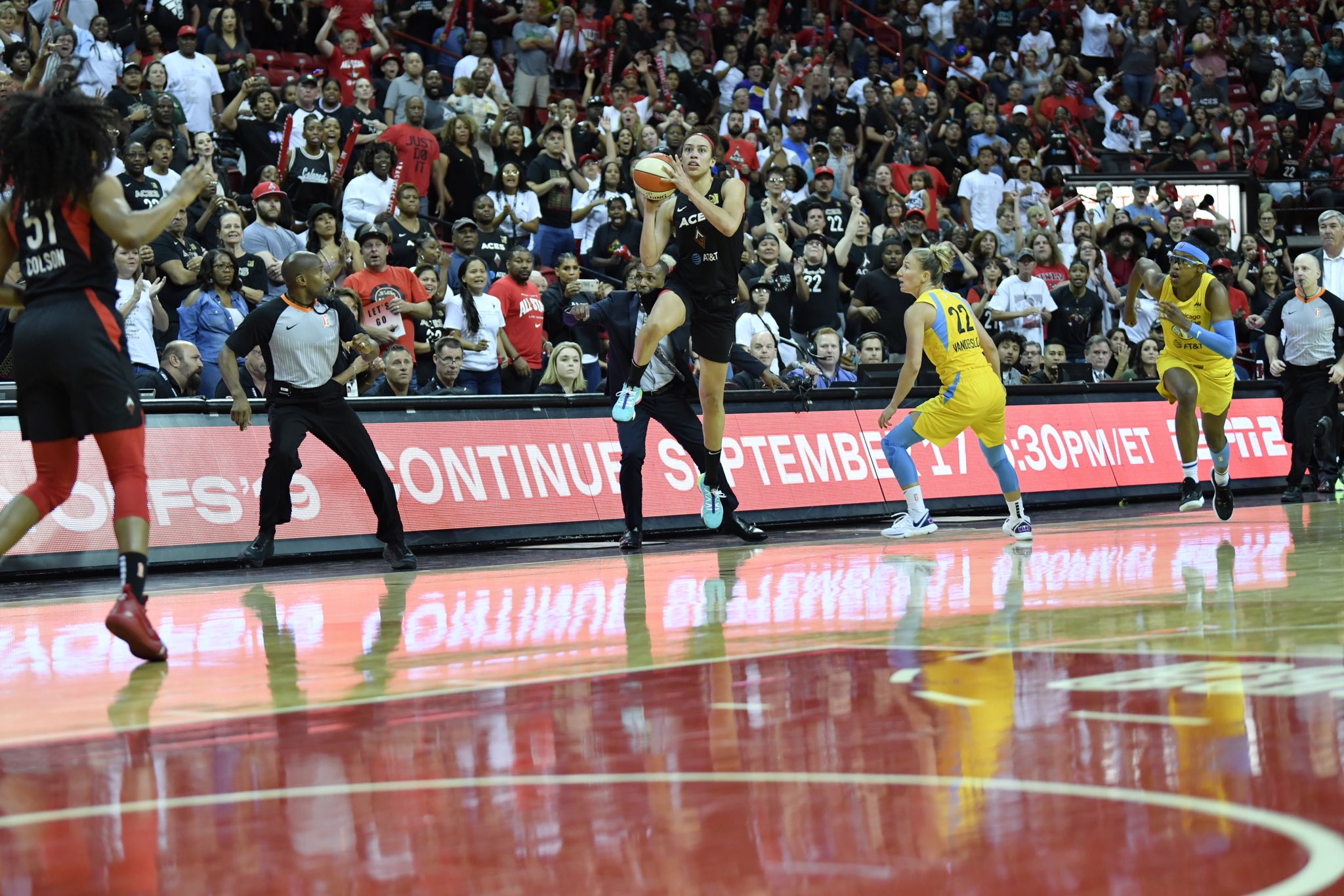 Sports and entertainment media would be much better served if they had more Shea Serranos.

Staff member
#89
I hate the Mystics, but I'm very pro-WNBA, so this spoke to my soul: