Status
Not open for further replies.

#1
Let's get this monkey off our back!

Awards Time
Tony Delk Memorial Award - Austin Reaves. Austin Reaves has shown himself to be one of the least crappy of the Lakers collection of random roster filler. Austin Reaves also looks like two kids standing on top of each other in a trench coat and flails like a fish that's just been yanked out of the ocean after every shot. He was probably the third best Laker against the Kings eve including him getting torched by Fox on the clinching bucket.

The CoJo - Trey Lyles. It was to be expected that Trey would have a bad night to offset the last week he's had of super solid play. In 14 and a half minutes, Trey had two rebounds and an assist to keep himself from pulling off a Snell. It wasn't necessarily a bad game by

Steph Curry has been playing out of his mind even by his own standards this season. The rest of the Warriors have decidedly been playing within their minds to start the year. Giving up the most points in the league to start the year, the Warriors have been a complete disaster on defense after ending last season as the best defensive team in basketball. Meanwhile, the team's depth has been largely non-existent. To a slight extent, this was due to Donte DiVincenzo missing a bunch of games with an injured hammy but I'm not sure you're in a great position if you're so desperate for depth that losing DDV wrecks your rotations.

The Warriors are riding a two game winning streak into tonight's game at G1C, having followed up their controversial win over us with another nail biting win over the Cavs capped by yet another no call on Klay that completely gifted the Warriors the game. Klay may no longer have the ligaments or two-way versatility of a star but he still gets the whistle of one.

The Kings can win this. They've come so close twice this year only to be foiled by bad defense and bad reffing. If both are under control and Swipa can go blow for blow with Steph, this could be the day.

Warriors
Andre Iguodala - OUT (looking up retirement properties in Arizona)

Final Prediction
The Kings have to beat the Warriors eventually. No better time than now.
Kings 127, Warriors 120

#3
Yes, have to beat them eventually and no better place than home. 500 after tonight.

#6
Kenyon Murray is like what every basketball dad should strive to be, holy moly. Such a stark difference from the other dad of the guy we picked in the top 4.

#8
We should wear our alternate uniforms for this one

#11
Getting old losing to the Warriors. Time to get a W.

#12
Capt. Factorial said:
I gotta say, it warms my heart to see how brutally this dude got savaged on the bird site.
Click to expand...
If Elon hadn't spent 44 billion to become the permanent main character this dude probably would have owned the day. Should've just taken the low road and savaged the men who designed Charlotte's uni.

#13
Murray family has me singing I'm So Humble from Pop Star movie (see it if you haven't) but removing all the irony.

#16
Woot! said:
Kings next four games look like this:

Sooooo... yeah.
Click to expand...
Our schedule will look like this most of the time. There are only maybe 4-5 teams I can comfortably say the Kings are better than. There seem to not be many bad teams this season.
T

#17
KF8 said:
Our schedule will look like this most of the time. There are only maybe 4-5 teams I can comfortably say the Kings are better than. There seem to not be many bad teams this season.
Click to expand...
Yep. Talent around the league is so good, even the bad teams have guys who can drop 30 any night
S

#18
Livinthedream said:
Getting old losing to the Warriors. Time to get a W.
Click to expand...
no kidding
B

#21
Man, what a dramatic decline from Bill Simmons. 15-20 years ago he had me cracking up. Now he is randomly obsessed with hating on D Fox?? Fox has been killing it this year. No real room for criticism. Who cares if he is an all star, Sacramento doesn't make many all stars. Fox shooting 85% ft and playing great D at the end of games = winning games.

#22
I have a world of respect for Curry, but I'm sick and tired of him trampling the Kings. I hope the Kings take this game personally.

#23
So how's everybody liking the city ed jersey?

#25
Unis appear grey and not silver. I am disappointed. Back to the Niners.

#26
SLAB said:
Unis appear grey and not silver. I am disappointed. Back to the Niners.
Click to expand...
They are grey. They look pretty slick for a cheap printed on modern jersey.
B

#28
SLAB said:
Unis appear grey and not silver. I am disappointed. Back to the Niners.
Click to expand...
Did you want them like this? 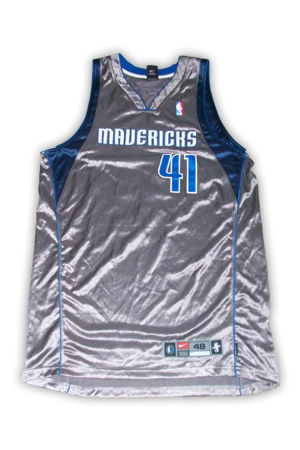 #30
Didn't they usually do wedding proposal later in the game?

Status
Not open for further replies.